2016 marks a significant milestone in the history of the Irish state commemorating the Rising of Easter 1916.  With Cork International Choral Festival, we  commissioned Belfast-born composer, Stephen McNeff, and Irish poet, Aoife Mannix, to write a new piece of text and music reflecting on the rising. 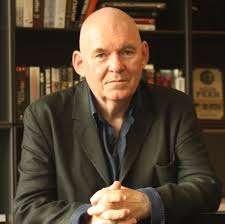 “When I was growing up in Wales my parents – both from the North of Ireland – used to refer to the ‘Free State’.  My mother never referred to Ireland as anything other than ’home’.  Like many of the Irish diaspora, I was acutely aware of the troubled nature of Ireland’s coming into being as a republic and the inherited responsibility of understanding the past and the sacrifices made to reach that goal.  On my trips back to my birthplace in Belfast I tried to gain a better understanding of my heritage, but it is only really now when a centenary focuses thoughts that I have taken to music to essay into the past and reflect on the tumultuous events of 1916.  Paradoxically, Aoife Mannix and I have arrived at our objective obliquely by starting the summer before Easter 1916 where, in the West of Ireland, Padraig Pearse was in retreat, teaching, writing and thinking.  For a rebellion at least partly inspired by poetry and a deep awareness of history, this approach was right for us.  It also allows us to expand our thoughts into a wider world and the influence and profound awe of the country and elements that is never far from the mind of anyone who has ever witnessed the harsh beauty of that landscape.”

The new work, A Half Darkness was previewed in Newry on Wednesday 27 April 2016 and premiered at the Cork International Choral Festival on Friday 29th April 2016. It has since been performed in the National Concert Hall, Dublin City University and Duncairn Arts Centre Belfast as part of Choirland – A 100 years of Irish Choral Music.