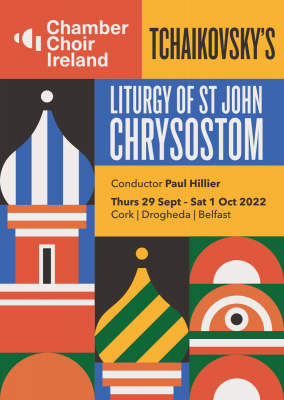 Pyotr Ilyich Tchaikovsky, best known for his sweeping Romantic symphonies and ballets, held a deep interest in the music of the Russian Orthodox Church. Though not devoutly religious, his characteristic emotional expressiveness finds voice through this sacred text, producing one of his most personal and moving works.

‘As you can see, I am still bound to the Church by strong ties, but on the other hand I have long ceased to believe in the dogma … this constant inner struggle would be enough to drive me out of my mind were it not for music, that great comforter, the most exquisite gift Heaven has bestowed on a mankind living in darkness.’

With this work, Tchaikovsky led the way in dismantling the Imperial Chapel's censorship over the creation of sacred music in Russia at the time, with far-reaching implications for a generation of composers including Arkhangelsky, Chesnokov, Gretchaninov, Ippolitov-Ivanov and Rachmaninoff, who would emulate not just the subject matter but his structure and style too.