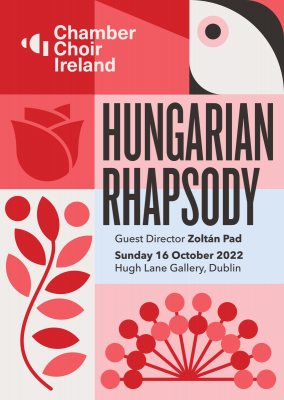 Featuring works by some of the world's most celebrated choral composers, such as Ligeti's Lux Aeterna (made famous in Stanley Kubrick's 1968 film 2001: A Space Odyssey), Bartók's Hungarian Folksongs, as well as works by Zoltán Kodály, Ferenc Liszt, and composers from the surrounding region.

Tickets are free, and will be available to book online from Monday 10th October.