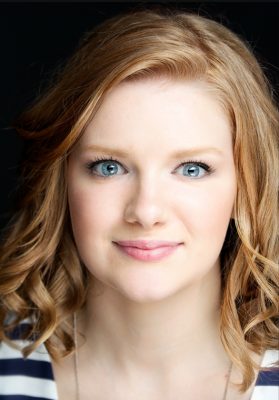 Charlotte Trepess is a recent graduate from the Royal Northern College of Music, completing a postgraduate degree in Vocal and Opera studies. During her studies Charlotte was an RNCM Gold Medal Winner, as well as winner of the Elizabeth Harwood Prize and Frederic Cox Award.

On the opera stage Charlotte’s roles have included Despina (Cosi Fan Tutte), Gabrielle (La Vie Parisienne), and Pamina (The Magic Flute). Charlotte made her Opera North debut as Emmie in Albert Herring, and recently performed in Opera North Education’s touring productions of The Mini Magic Flute, and Wonderland Restored. Other recent work includes covering Guinia (Lucio Silla) and Elettra (Idomeneo) at Buxton Festival, and in 2019 at Garsington Festival as an Alvarez Young Artist covering Esmeralda in The Bartered Bride. Charlotte is a member of Northern Irish early music ensemble Sestina, and recently performed the title role in Handel’s Theodora and Israelite Woman in Handel’s Esther with them and the Irish Baroque Orchestra.

Charlotte is a Samling Artist and Concordia Artist, and has featured on CD recordings with the BBC Philharmonic, the Irish Baroque Orchestra and the Zelkova Quartet. She also regularly sings with the BBC Daily Service Singers, and has toured with the Gabrieli Consort. Charlotte is a regular soloist in oratorio and concert recitals, performing at venues including St Martin in the Fields, the Purcell Room and The Barber Institute. Charlotte has also been involved in numerous outreach and education projects, working with the Royal Opera House, Opera North and Leeds Lieder Festival.