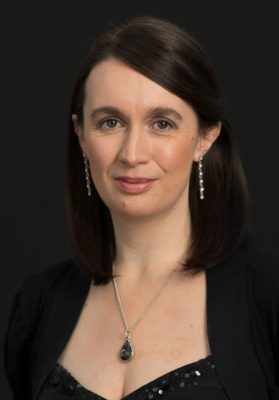 Christina has been a member of Chamber Choir Ireland since 2006. She studied at Trinity College of Music (Trinity Laban) where she was awarded BMus (Honours), PG Diploma and also the TCM Trust Silver Medal for Vocal Studies.

As well as her work with CCI, Christina enjoys a varied singing career including both solo and ensemble work in Ireland and abroad. Recent solo performances include Bach Christmas Oratorio in National Concert Hall with the Goethe-Institut Choir and guest soloist with Bournemouth Bach Choir. She has also sung with Coro da Casa da Musica in Porto and various ensembles around Ireland.