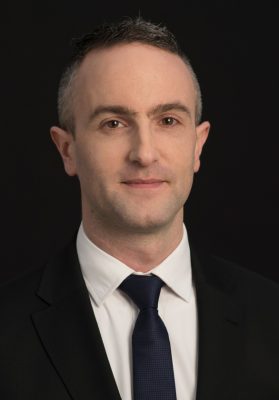 Paul McGough was a scholarship music student at the Schola Cantorum of St. Finian’s College in his home town of Mullingar. He later graduated in Music from Trinity College, Dublin, the city in which he now lives and works.

Besides a wide-ranging singing career, Paul manages a variety of different artistic groups including IABS national champion vocal quartet ‘4 in a Bar’, his Early music group called ‘Crux’, his wife, saxophonist Natalia and others. He is a leading supplier of studio recording vocalists for solo artists, major touring shows and the movie industry, including many award-winning productions such as ‘Vikings’ and ‘Pilgrimage’ (2018 IFTA award for Best Original Soundtrack)