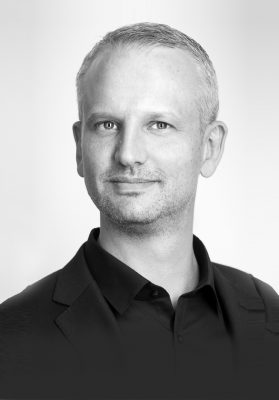 Nicolas Fink has conducted the radio choruses of WDR Cologne and MDR Leipzig, the Berlin Radio Chorus, the Choeur de Radio France, the Vocalconsort Berlin, the Coro Casa de Musica Porto, the Cor del Palau de la Música in Barcelona, the Edvard Grieg Choir and many others. He also is a sought after chorusmaster and has collaborated with dozens of leading conductors including Sir Simon Rattle, Marek Janowski, and Daniele Gatti. In 2014, he began his tenure as the choral director of the Schleswig-Holstein Festival Chorus.

Highlights of 2017 include the Sasha Waltz production FIGURE HUMAINE with Vocalconsort Berlin for the pre-opening of the new Elbphilharmonie in Hamburg, and Ugis Praulins’ NIGHTINGALE with the WDR Radio Chorus at chor.com in Dortmund. Mr. Fink leads a sing-along a cappella concert with the Berlin Radio Chorus, and conducts Haydn’s CREATION with 400 singers in the of Interkultur’s EUROPEAN CHOIR GAMES in Riga. Concerts with Vocalconsort Berlin (FIGURE HUMAINE) and the Schleswig-Holstein Festival Chorus (works by Brahms and Boulanger) are being broadcasted live on radio. He has the honor to be one of three jury members for the first EUROVISION CHOIR CONTEST alongside John Rutter and Elīna Garanča, hosted by Eric Whitacre. As a chorusmaster, he returns to the MDR Radio Chorus and to Chœur de Radio France.

Providing listeners with a new perspective on choral music, and creating new kinds of performance experiences are two of Nicolas Fink’s particular pursuits. Mr. Fink conducted the Berlin Radio Chorus’ renowned production HUMAN REQUIEM at the 44th Arts Festival Hong Kong and at the Klara Festival in Brussels. He conceptualized and conducted the ‘visual concert’ production of the Norwegian premiere of Frank Martin’s LE VIN HERBÉ with photographer Magnus Skrede and the Edvard Grieg Kor. With the WDR Cologne Radio Chorus, he helped develop and conducted the acclaimed choreographed production of Sergei Rachmaninoff’s ALL-NIGHT VIGIL.

Nicolas Fink’s recieved resounding critical praise for his Carus recordings of the LITURGY OF ST. JOHN CHRYSOSTOM with the Berlin Radio Chorus and the ALL-NIGHT VIGIL with the WDR Cologne Radio Chorus. The television production of Mr. Fink conducting the ALL-NIGHT VIGIL directed by Enrique Sánchez Lansch (“Rhythm is it”) with WDR was nominated for several awards. Further recording works include among others Poulenc’s QUATRE MOTETS POUR LE TEMPS DE NOËL with the Berlin Radio Chorus.

As an educator, Mr. Fink directed conducting workshops in Hong Kong and Indonesia, and co-directed the choral conducting masterclass at the Schleswig-Holstein Festival with Simon Halsey. Following his successful collaboration with the Edvard Grieg Youth Choir in Norway, he will continue working with young singers as the conductor of the Swiss Youth Choir.

Born in Switzerland, Nicolas Fink completed his studies with high honors in choral conducting from the Luzern Conservatory, where he also studied voice, earning his concert diploma as a baritone. Mr. Fink also participated in multiple international masterclasses in conducting and in voice, and he was a conducting fellow at the Tanglewood Music Center in 2006.

Nicolas Fink conducted Chamber Choir Ireland in Between Us, which visited Belfast and Dublin 9/10 June 2018.