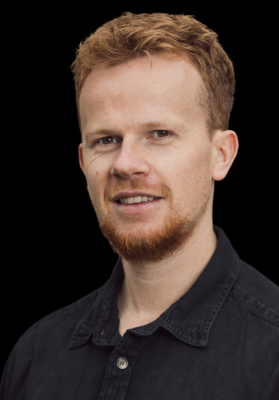 Edward Woodhouse is a freelance tenor based in London. Edward has worked with numerous other distinguished vocal ensembles, including: The Tallis Scholars, Vox Luminis, Dunedin Consort, Bampton Classical Opera, The English Concert Chorus, Siglo de Oro, Ars Nova Copenhagen and Sestina. He is a Lay Clerk at Southwark Cathedral and regularly sings with church choirs in London, including: Westminster Cathedral Choir, The Choir of Westminster Abbey, St. Paul’s Cathedral Choir, St. Peter’s Eaton Square and St. Andrew Holborn. Previously, Edward held permanent posts in the cathedral choirs of Portsmouth, Exeter and Christ Church, Oxford, and has worked with Chamber Choir Ireland on a number of previous projects before taking up a regular position in 2021.

Edward is an experienced and prolific concert soloist, performing works by: J.S. Bach, Britten, Handel, Haydn, Leighton, Mendelssohn, Monteverdi and Mozart. In 2022, he will perform the role of Evangelist in performances of J.S. Bach’s St. Matthew Passion with London Docklands Singers and Wantage Choral Society. Later in the year, he will be performing J.S. Bach’s B Minor Mass with Wokingham Choral Society and Carl Orff’s Carmina Burana with North Devon Choral Society. Future ensemble projects include: a tour to Italy with The Tallis Scholars, a project exploring composers that inspired J.S. Bach with The Marian Consort, and a concert of J.S. Bach Cantatas on New Year’s Eve at Wigmore Hall with Dunedin Consort. Edward currently studies with Alastair Brookshaw.

Edward has spent much of his life in education. He holds Bachelors and Masters degrees in History, as well as a PGCE. He is an experienced singing teacher and currently has a growing number of private pupils whom he teaches both at home and online while working abroad. He was previously chorister singing teacher at Christ Church Cathedral, Oxford. In his free time, Edward enjoys writing and he contributes to two football publications. Edward lives in Dulwich with his wife, Alice.