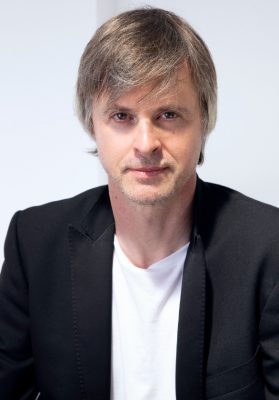 His arrangements of La bohème, Susanna’s Secret and The Magic Flute have toured extensively in Ireland and the UK.  He has conducted and been musical director for opera productions at the Buxton Opera Festival, the Huddersfield Contemporary Music Festival and in Australia, Portugal and France. Andrew has conducted and arranged several musicals, notably the works of Stephen Sondheim (Sweeney Todd, Company, Into the Woods, Merrily We Roll Along).

Andrew is a former artistic director and conductor of Crash Ensemble, a group he co-founded in 1997. He has conducted many orchestras and choirs, including Chamber Choir Ireland, the National Symphony Orchestra of Ireland and the RTE Concert Orchestra. In January 2015 he conducted the premiere of his first opera, Breakdown, in the NCH in Dublin.

His second opera, Dubliners, was premiered at Wexford Festival Opera in 2017 and was nominated for an Irish Times Theatre Award in the Best Opera category. His opera, La cucina, became the first opera by a living Irish composer to be premiered on the main stage at Wexford Festival Opera 2019. His latest opera, What Happened To Lucrece, was filmed and broadcast digitally as part of last year’s Wexford Opera Festival.