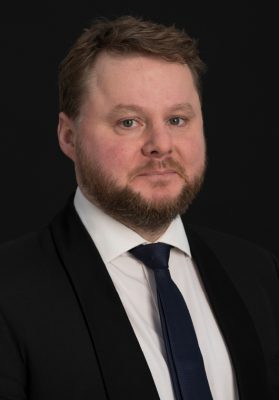 Stuart Kinsella is a tenor soloist and consort singer whose wide choral experience includes the choirs of the RIAS Kammerchor in Berlin, Vlaams Radiokoor in Brussels, Arnold Schoenberg Chor in Vienna, Theatre of Voices, Ars Nova and Musica Ficta in Copenhagen, Coro Casa da Música in Porto and, closer to home, Resurgam and Chamber Choir Ireland. His cathedral career has spanned the Irish choirs of Christ Church and St Patrick’s in Dublin and the English choirs of Durham and Christ Church, Oxford. As a soloist, he has often sung the role of the evangelist: in Schütz’s Weihnachtshistorie in Porto (2015), Distler’s Weihnachtsgeschichte in Copenhagen (2016) and Dublin (2017) as well as Bach’s St John Passion in St Patrick’s Cathedral, Dublin (2017-19). Stuart’s vocal ensemble, Peregryne, enjoy performing large-scale late-medieval works in cities around Europe and have been broadcast on RTÉ television and radio where they were winners of RTÉ Lyric FM’s Choirs for Christmas competition.