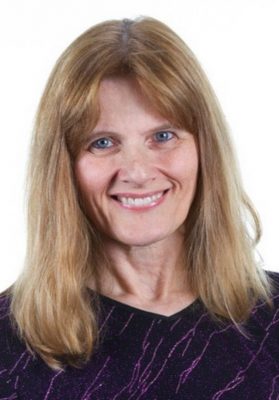 Bernie Sherlock is a leading choral conductor. She has won international conducting prizes in Finland, Hungary, Belgium, Italy, Slovenia and Ireland, and her adjudication and workshop engagements have taken her around Europe and to the US, Canada and China.

Bernie studied conducting with Ildiko Herboly-Kocsar and Peter Erdei at the Liszt Academy in Hungary, and with Gerhard Markson in Dublin. Following her BA in music from Trinity College Dublin she earned Masters and Doctorate degrees in conducting from the National University of Ireland, Maynooth, and the Royal Irish Academy of Music/DCU respectively.

For 12 years Bernie was Artistic Director as well as tutor on the annual International Choral Conducting Summer School run by Sing Ireland at the University of Limerick. In 2020 she was appointed Artistic Director of the Irish Youth Choirs and she is currently second conductor of EuroChoir 2021. She is the representative for Ireland on the World Choir Council.